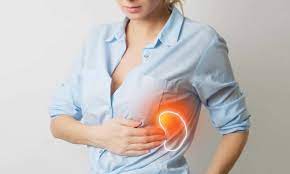 Last March I had a routine CT scan because of a genetic issue in our family. Birt-Hogg Dube Syndrome causes slow-growing cancerous tumors on the kidneys, as well as blisters on the lungs, leading to collapses of the lungs, and little white bumps on the face that won't go away. I have two little bumps on my left kidney that have stayed very small, so it’s always good to know they haven’t grown. However, in March 2021 the doc said, “Kidneys look fine but there’s a mass on your spleen! That just doesn’t happen! This is not good!” So, after a few more tests, and a bunch of immunizations (pneumonia, encephalitis, others I can’t pronounce) I had surgery to remove what appeared to be a slow-growing cancer of the spleen.

Below is an illustration of where your spleen is, if you've ever wondered.  In literature, "spleen" refers to bad temper. Baudelaire used the term “spleen” to describe a kind of melancholy, profound boredom and overall dissatisfaction, often stemming from the tragedy of life. In English, "spleen" is associated with anger: "to vent one's spleen" = "to vent one's anger" and the adjective "splenetic" means "angry" or "foul-tempered". (Wikipedia)

From an article I read, here's a little scientific information: 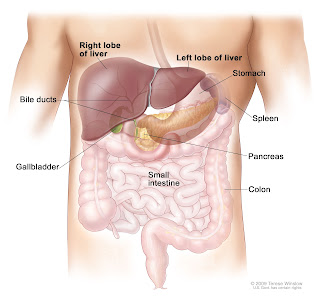 The spleen is an organ located in the upper left abdomen and is roughly the size of a clenched fist. In the adult, the spleen functions mainly as a blood filter, removing old red blood cells. It also plays a role in both cell-mediated and humoral   immune responses.

The liver and bone marrow take over some of the functions of the spleen, however, an individual who has no spleen is more susceptible to some bacterial infections and as such, requires lifelong antibiotics. 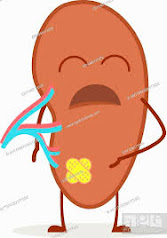 You can’t just remove part of a spleen; severe hemorrhaging can happen. The plan was to make 4 small incisions, go in with laparoscopic instruments, detach the spleen from anything it was stuck to, bag the whole thing, open up my old c-section scar and pull the spleen out, whole and bagged. (Hey, not my c-section scar! That would hurt! It hasn't been disturbed for 36 years. Oh, well...)


But during the surgery, my spleen just couldn't wait, and due to hemorrhaging, the surgeon had to get it out fast, so the original plan was abandoned. Instead, I woke up with a 10-inch incision starting just above the pelvic bone on my left side, and ending just under my sternum. Due to my allergy to synthetic sutures, it was neatly glued shut.

There was a long recovery, and the few people who’ve seen the incision have had this reaction: 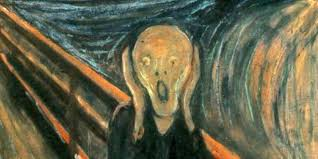 My spleen was sent to the lab, which concluded the mass was probably benign but type and origin were unknown. It was then sent to the IMC lab in Murray, Utah. Their conclusion was the same. My mass (still attached to the spleen) was then flown to Mass General in Boston, where the lab agreed that this “most unusual mass" was probably benign, but they couldn’t determine what it was either. I should get frequent flier miles for that trip.

A recent scan showed no spleen and no masses anywhere else, a good thing. A very good thing. 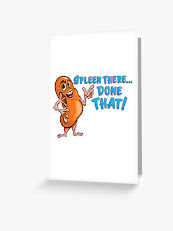 I had to have more immunizations after the surgery. I think there were 9 total, before and after.

I’ve felt vulnerable since I lost my spleen. The liver will take
over some of its functions, I’m told. A fever of 101 means I’m in trouble and at risk for sepsis, which can be fatal, so to the hospital I must go.

This all occurred during the Covid Pandemic, and since my immune system had taken a blow, I was careful to take all the Covid precautions. I’m immunized and boosted, and the doc tells me an absent spleen doesn’t put me at higher risk (but other health issues do). I wear a mask in public.

I’m sure this makes for exciting reading.
But this experience has made me face my mortality in a new way, and I’ve put together a bucket list (slips of paper in a small tin bucket). It’s a good thing; it reminds me of what I want to accomplish while I’m still around. 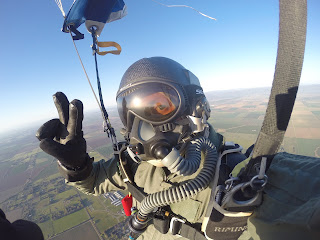 Some people want to travel the world or buy that expensive sports car, or jump out of an airplane (this is a picture of my #3 son doing just that), or take on some other risky ("I've always wanted to do this") adventure before they exit this existence, but my list is more realistic and far less exciting. Mostly, it contains writing projects I want to complete, some travel, more time with the grandchildren, appreciating my dear husband for all he is and all he does, tweaking my spiritual status quo, telling people I love that I do, and generally putting my affairs in order. I’ve also been decluttering and organizing and keeping the DI (thrift store) busy. There are many, many areas to deal with as I downsize, though I’ve made a good start.

There. I had some “spleening” to do, and I think I’ve done it. You may now return to more exciting and relevant posts and other activities.

Posted by Janet Kay Jensen at 3:40 AM